With the help of a warlock, the people of the Great Kingdom overthrew the King.  Now they just need to spend one year with Demons in charge of the government!

Well, it seemed like a good idea at the time...

Nowhere Kingdom is a roleplaying party game where you serve as a Council making policies for a country dominated by Demons.  Designed with both private and public play in mind, the role of the Demons can be filled by a viewing audience.

Lead a country and see what happens when a chaos-loving mass of Demons gets to decide its fate!

In order to download this game you must purchase it at or above the minimum price of $10 USD. You will get access to the following files:

Support this game at or above a special price point to receive something exclusive.

Every purchase of Nowhere Kingdom will add community copies to the pool.  In addition, if you'd still like the game, cannot afford it at the moment, and there are no community copies available, DM me and I will send you a free copy, no questions asked.

Nowhere Kingdom is an 8 page comedy-ish large multiplayer rpg about a kingdom that replaced its tyrannical leader with a host of possibly-better-but-definitely chaos-oriented demons.

The game is designed to work with audience participation, with a few players serving as councilors who propose ideas, and with everyone else serving as demons who vote on them.

It's a really neat concept, and I don't think I've seen many other games built quite this way. It also includes safety tools to shield the audience from the councilors, which is honestly a solid addition for an audience-participation improv game.

I think anyone who's interested in games as a way to entertain an audience should check this out. It's also perfectly solid as an improv exercise, or a one-shot where most of the challenge is roleplaying and acting-based rather than a function of cards/dice. 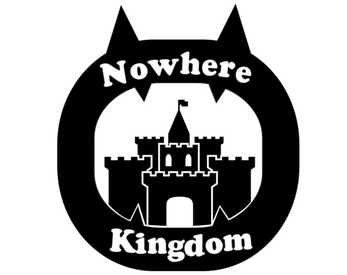